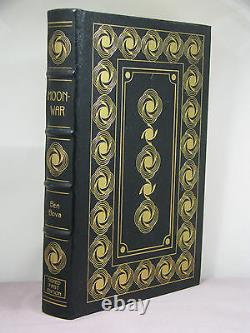 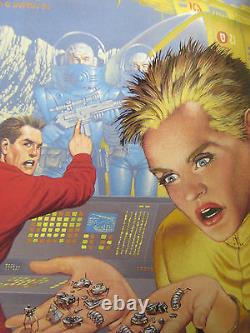 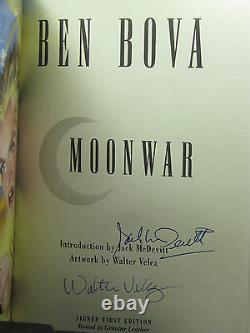 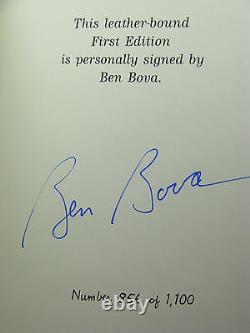 We have quite a few book autographed by Ben Bova for sale, most first edition and many with more than one autograph, use the link below to see a list. Autographed Ben Bova items for sale. Synopsis: In this sequel to "Moonrise", the U.

Secretary General will do anything to stop the spread of nanotechnology, including the destruction of the helpless Moonbase. Only young genius Doug Stavenger, with some help from nanotechnology, can stop the U. Publisher's Note: Ben Bova's extraordinary Moonbase Saga continues with a breathtaking near-future adventure rich in character and incident. The action begins seven years after the indomitable Stavenger family has realized its cherished dream of establishing a colony on the inhospitable lunar surface.

Moonbase is now a thriving community under the leadership of Doug Stavenger, a marvel of scientific achievement created and supported by nanotechnology: virus-size machines that can build, cure, and destroy. But nanotechnology has been declared illegal by the home planet's leaders. And a powerful despot is determined to lay claim to Stavenger's peaceful city...

Or obliterate it, if necessary. The people of Moonbase--a colony with no arms or military--must now defend themselves from earth-born aggression with the only weapon at their disposal: the astonishing technology that sustains their endangered home. Moonbase is now a thriving community under the leadership of Doug Stavenger. The base is a marvel of scientific achievement created and supported by nanotechnology: virus-size machines that can build, cure, and destroy.

And a powerful despot is determined to lay claim to Stavenger's peaceful city--or obliterate it, if necessary. Industry reviews: Rousing, inventive, persuasively knotty, with loads of tension and excitement: overall, far more involving and gripping than the previous volume.

Condition: Binding - near fine, a little transferred gold on the covers, a couple of minor scratches to the top page edge gilding, otherwise like new. Dust jacket - none, as issued. We have moved the extensive text we used to have here to those FAQs. Please do not ask us to do otherwise.

This item is in the category "Books & Magazines\Books". The seller is "red_dragon_books" and is located in this country: US. This item can be shipped to United States.