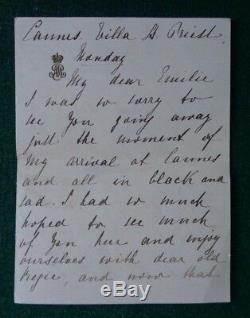 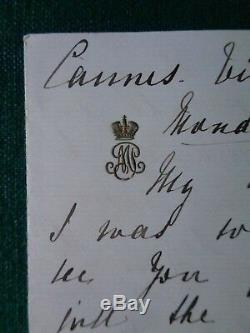 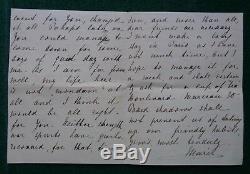 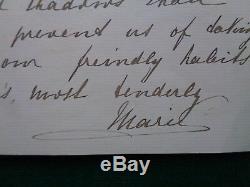 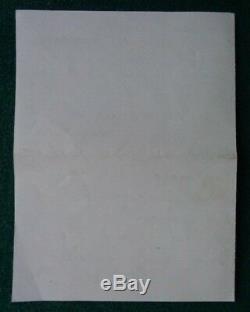 Our inventory is listed online, and we strive to keep our website completely up to date, so our customers can easily check availability. We believe in offering clients items that are unique and rare for aficionados of the antique and collector's world. Bibelot is a late nineteenth century word derived from the French word bel beautiful, meaning a small item of beauty, curiosity or interest. The word ephemera is derived from the sixteenth century Greek word ephmera meaning a printed or hand written paper not meant to be retained for a long period of time. I was so sorry to see you going away just the moment of my arrival at Cannes and all in black and sad.

Neither strength nor spirits have quite recovered, for that, time, sun, and more than all, dear friends are necessary. I won't make a xxx stay in Paris, as I have not much time, but I hope to manage it for a week, and shall certainly ask for a cup of tea Boulevard Marceau 20. Passed shadows shall not prevent us of starting up our friendly habits. She was born Marie Alexandrine Elisabeth Eleonore of Mecklenburg-Schwerin, daughter of Grand Duke Frederick Francis II of Mecklenburg-Schwerin and Princess Augusta of Reuss-Köstritz. A prominent hostess in St Petersburg following her marriage to the Grand Duke Vladimir Alexandrovich of Russia, she was known as the grandest of the grand duchesses and had an open rivalry with the Empress Maria Feodorovna. She married the third son of Alexander II of Russia, Grand Duke Vladimir Alexandrovich of Russia, her second cousin, on 28 August 1874, being one of the very few princesses with Slavic patriline to ever marry a male dynast of the Holstein-Gottorp-Romanov. She had been engaged to someone else, but broke it off as soon as she met Vladimir. It took three more years before they were permitted to marry as she had been raised a Lutheran and refused to convert to the Russian Orthodox Church. Tsar Alexander II finally agreed to let Vladimir marry her without insisting on her conversion to Orthodoxy. Upon her marriage she took the Russian name of Maria Pavlovna of Russia - the name she is best known by. Maria remained Lutheran throughout most of her marriage, but converted to Orthodoxy later in her marriage, some said to give her son Kirill a better chance at the throne. As a result of marrying a son of an Emperor of Russia, she took on a new style Her Imperial Highness the couple had four sons and one daughter. During her life in Russia, she lived at her husband's beloved Vladimir Palace situated on the famously aristocratic Palace Embankment on the Neva River. It was there that she established her reputation as being one of best hostesses in the capital.

It was often joked that she would deliberately try to outdo the Imperial Court at the nearby Winter Palace. In 1909, her husband died and she succeeded him as president of the Academy of Fine Arts.

Her Grand Ducal Court, was in the later years of the reign of her nephew, Nicholas II the most cosmopolitan and popular in the capital. The Grand Duchess was personally at odds with the Tsar and Tsarina. She wasn't the only Romanov who feared the Empress would "be the sole ruler of Russia" after Nicholas took supreme command of the Russian armies on 23 August 1915 O. , hoping this would lift morale. She contemplated a coup against the Tsar in the winter of 191617, that would force the Tsar's abdication and replacement by his son Tsarevich Alexei, and her son, Grand Duke Kirill or Nicholas Nikolaevich, as regent. The Grand Duchess held the distinction to be the last of the Romanovs to escape Revolutionary Russia, as well as the first to die in exile. She remained in the war-torn Caucasus with her two younger sons throughout 1917 and 1918, still hoping to make her eldest son Kirill Vladimirovich the Tsar. As the Bolsheviks approached, the group finally escaped aboard a fishing boat to Anapa in 1918. Maria spent fourteen months in Anapa, refusing to join her son Boris in leaving Russia. When opportunities for escape via Constantinople presented themselves she refused to leave for fear she would be subjected to the indignity of delousing. She finally agreed to leave when the general of the White Army warned her that his side was losing the civil war.

Grand Duchess Olga Alexandrovna of Russia encountered Maria at the port of Novorossiysk in early 1920: Disregarding peril and hardship, she stubbornly kept to all the trimmings of bygone splendour and glory. And somehow she carried it off...

When even generals found themselves lucky to find a horse cart and an old nag to bring them to safety, Aunt Miechen made a long journey in her own train. It was battered all right--but it was hers. For the first time in my life I found it a pleasure to kiss her... She made her way from Venice to Switzerland and then to France, where her health failed.

Staying at her villa (now the Hotel La Souveraine), where she died on 6 September 1920, aged 66, surrounded by her family at Contrexéville. With the help of Albert Stopford, a family friend, her renowned jewel collection was smuggled out of Russia in a diplomatic bag. At her death her famous collection of jewels were divided up between her children; Grand Duke Boris gained the emeralds, Grand Duke Cyril gained her pearls, Andrei got her rubies and her only daughter Elena received her diamonds. This was one of most fabulous collections to have ever been assembled.

It consisted out of a suite of emeralds which later came in possession of Barbara Hutton and Elizabeth Taylor (set in the Bulgari necklace and auctioned in December 2011) alike. There was a 100 carat emerald she got from her father in law upon her marriage and which was once part of the collection of Catherine the Great and another emerald drop of 23 carats. Her pearl tiara with open framework and free hanging drop pearls is today owned by Queen Elizabeth II.

It is worn in the postcard together with the rest of her pearl parure. The tiara was of Russian origin and particularly important in the development of the garland style.

The ruby parure contained the 5 carat Beauharnais ruby, bought from descendants of Josephine de Beauharnais, set in a Cartier tiara. Yet another piece de légende for was the sapphire kokoshnik tiara made by Cartier in 1909 together with the rest of her sapphire parure. The head ornament was acquired by Queen Marie of Romania who wore it to her coronation in 1922. And was thus one of its major clients. She even persuaded the firm to open a St Petersburg shop during the holiday season every winter from 1909 until just before the first World War.

A batch of cufflinks and cigarette cases were found in 2008 in the archives of the Swedish foreign ministry. She had deposited them at the Swedish Embassy in St Petersburg before she fled. Photographs form part of the Description. Size: 18 x 14 cm approx. The item "Antique Signed Letter Grand Duchess Maria Pavlovna the Elder Romanov of Russia" is in sale since Sunday, January 20, 2019.