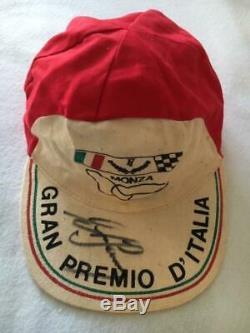 Senna's Driver's Championship rival, Frenchman Alain Prost, finished second in his Ferrari, some six seconds behind, with Senna's Austrian teammate Gerhard Berger third. Near the end of the first lap, Derek Warwick ran wide at the Parabolica, his Lotus hitting the guard rail at around 140 mph (230 km/h) and flipping upside down. Warwick clambered out of the car unhurt.

The race was stopped on the second lap and restarted over the original distance, with Warwick taking the spare car and eventually retiring with a clutch failure. Jean Alesi became the first retirement as he went off Variante del Rettifilo on lap 5 and hit the wall, as the Lotus of Martin Donnelly had a dramatic engine failure at the start of lap 14. And Alboreto in the Arrows spun off at Ascari with only 1 lap to go.

It was the thirteenth race of the 1992 Formula One World Championship. The 53-lap race was won by Ayrton Senna, driving a McLaren-Honda, after he started from second position. It was Senna's third victory of the season.

Martin Brundle finished second in a Benetton-Ford, with teammate Michael Schumacher third. What first started out as a hobby more than 20 years ago has now evolved into one of the most recognised and respected autograph companies in the industry, traveling up and down the country as well as many continents to obtain our autographs to add to our growing collection. We are AFTAL Approved dealers in authentic autographs. (The Autograph Fair Trade Association #069).

With more than 20 years experience in the Autograph industry we specialise in TV, Film, Music & Sport and the majority of our autographs are obtained in person by one of our team We have our own secure Online COA database with each item we sell is assigned a numbered COA code together with a matching certificate of authenticity. This is then linked to the buyers surname which can be viewed anytime, anywhere in the world by logging in to our website database. Although the majority of our autographs are obtained in the UK, we travel to destinations such as America, Spain, France, Italy, Ireland, Scotland and many more to collect the perfect autograph for our customers.