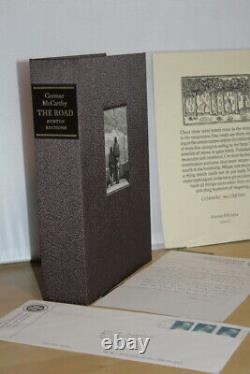 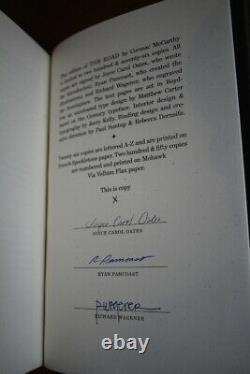 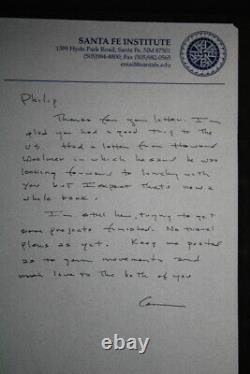 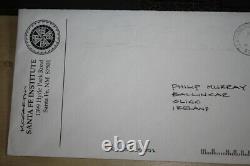 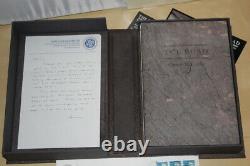 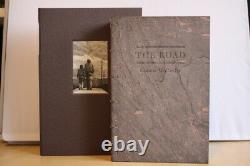 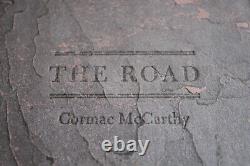 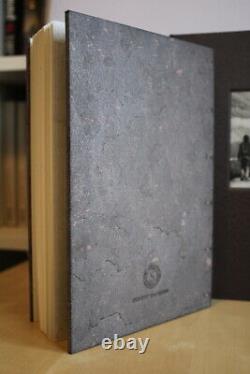 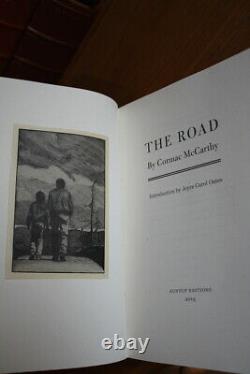 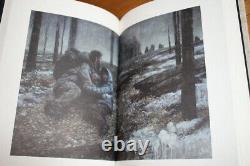 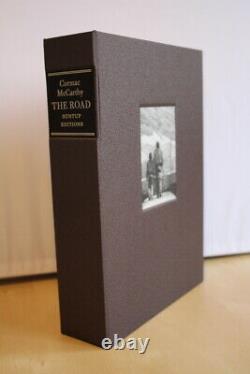 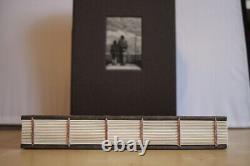 Cormac McCarthy (2019) The Road , US deluxe limited edition , published by Suntup Press. One of only 26 lettered copies of which this is letter X. Signed by introducer Joyce Carol Oates; and artists Ryan Pancoast and Richard Wagener. This also comes with a handwritten letter by Cormac McCarthy (see below for details); and a letterpress printed broadsheet which features the closing paragraph of the novel.

Condition of the book : immaculate without any issues whatsoever. Production details of the book according to the publisher : The lettered edition is limited to 26 copies lettered A-Z and is printed offset on French Speckletone paper. It is a hand sewn Coptic binding with waxed linen threads. The boards are covered in genuine Ardesia stone slate from Italy. The pastedown is Mexican Mayan paper, handmade with renewable plant fibers and is acid-free.

The frontispiece engraving is printed letterpress from the original boxwood block. The edition is housed in a custom clamshell enclosure. The letter : One sheet on Santa Fe Institute stationary where Cormac has an office and spends his time writing and discussing scientific subjects with the Institutes fellows and employees. The letter comes with the corresponding envelope, stamp dated 2005, addressed to Dr Philip Murray, who was a lifelong collector of Cormac McCarthy novels. Both gentlemen became friends in the late 1980s and visited each other on a number of occasions.

In the letter Cormac thanks Philip for his letter which informed him of his travels to the US. Cormac mentions Howard Woolmer who met up with Philip. Howard Woolmer in turn collected a bunch of McCarthy material and signed books, and his collection is now at the Wittliff Collection of Texas State University. In the second paragraph McCarthy mentions that he still tries to finish a few projects which must have included The Road which was published in 2006 whereas the letter was penned in 2005 according to the mailing envelope. After a few pleasantries and greetings the letter ends with the authors signature Cormac.

Both letter and mailing envelope in McCarthys hand. A beautiful letter to one of the authors friends which indirectly mentions McCarthys masterpiece The Road which earned him the Pulitzer. Provenance of the letter : From the Dr Philip Murray collection. He only collected what he also enjoyed reading. In 2011 he published his memoirs titled Adventures of a Book Collector [Currach Press] where he recalls his collecting career spanning over four decades.

In his memoirs he dedicates four pages to Cormac McCarthy (pp 120-24) and one photographic plate which depicts Murray and McCarthy arm in arm in Sligo in 2004. The letter refers to this very visit.

The Road was originally published in 2006 and won the Pulitzer Prize for Fiction in 2007 as well as the James Tait Black Memorial Prize. In 2009 it was adapted as a film starring Viggo Mortensen, Kodi Smit-McPhee, Robert Duval and Charlize Theron. Please note : Cormac McCarthy never signs any books of The Road and any copies signed by the author which come up on the market are forgeries. The novel is a love letter to Cormacs youngest son John (born 1998), and the author reportedly signed 250 first edition copies upon publication for his son as a gift. John is free to sell any of his copies whenever he pleases.

The item "Cormac McCarthy (2019)'The Road', Suntup deluxe limited, with signed letter" is in sale since Thursday, April 15, 2021. This item is in the category "Books, Comics & Magazines\Antiquarian & Collectable". The seller is "firstandfine" and is located in Birmingham. This item can be shipped to all countries in Europe, all countries in continental Asia, United States, Canada.