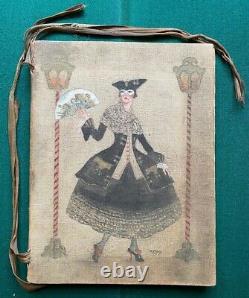 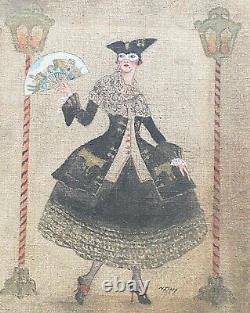 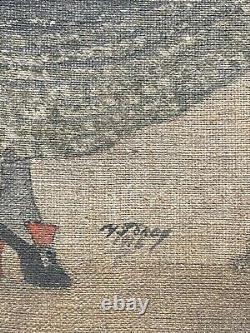 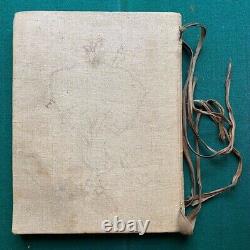 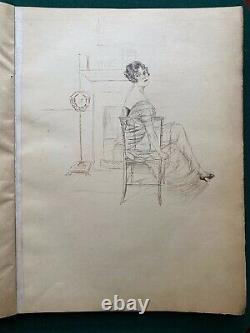 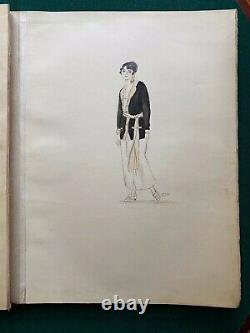 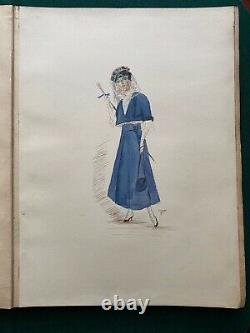 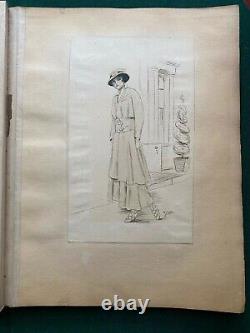 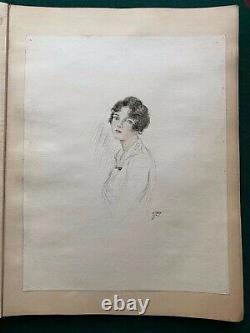 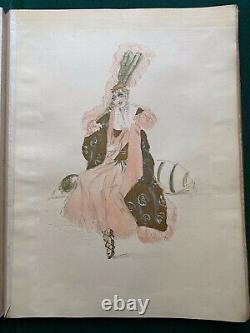 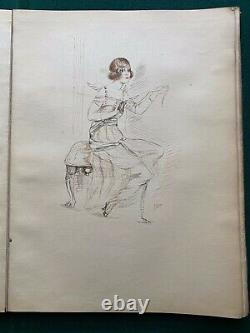 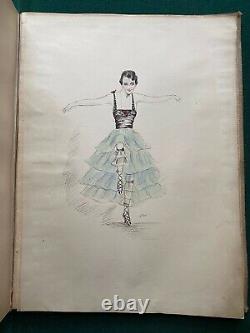 Our inventory is listed online, and we strive to keep our website completely up to date, so our customers can easily check availability. We believe in offering clients items that are unique and rare for aficionados of the antique and collector's world. Bibelot is a late nineteenth century word derived from the French word bel beautiful, meaning a small item of beauty, curiosity or interest. The word ephemera is derived from the sixteenth century Greek word ephmera meaning a printed or hand written paper not meant to be retained for a long period of time. The cover is also a very good example of his work signed and dated 1916, most of the drawings are signed and/or dated, a unique collection of him trying to hone his skills for the fashionable couture business he wanted to enter. Please message me for further images. He was the son of Grand Duke Michael Mikhailovich of Russia and Countess Sophie de Torby and a great grandson of both Tsar Nicholas I and Alexander Pushkin.

He was an artist of some skill, but his life was marred by ill health and mental problems. Michael Mikhailovich Count de Torby was born on October 8th 1898 at Wiesbaden, the former capital of the Duchy of Nassau, where his maternal ancestors once reigned.

He was the third child and only son of Grand Duke Michael Mikhailovich of Russia and his wife Countess Sofia Nikolaevna of Merenberg. His mother was the daughter of Prince Wilhelm of Nassau and his morganatic wife Natalia Alexandrovna Pushkina.

Like his mother, Michael was born of a morganatic marriage, and was ineligible to bear his father's title or rank. Following his parents' elopement to San Remo in 1891, Tsar Alexander III of Russia forced the couple to live outside Russia. Sophia was made Countess de Torby by Adolphe, Grand Duke of Luxembourg, which title extended to all three of the couple's children. He was the brother of Lady Zia Wernher and Nadejda "Nada" Romanov, Lady Mountbatten, Marquesse of Milford Haven They chose England as the permanent residence for themselves and their children.

Through her mother, he descended from the renowned Russian poet Alexander Pushkin, as well as from his ancestor Abram Petrovich Gannibal, Peter the Great's African protégé. Michael grew up In England where his family settle permanently in 1900. Autumns were spent in Paris, winters in Cannes were his father had a villa and most of the year In England. He lived in Keele Hall, a stately home in Staffordshire rented by his father in 1900. In 1909 the family moved to a Kenwood, a manor house, overlooking London's Hampstead Heath.

Michael was educated at Eton College. While studying there, he contracted measles. He spent some time in Switzerland recuperating, but he began to surfer from bipolar disorder, never completely recovering his health, for the rest of his life he was afflicted with mental problems. As a young adult he was described as constantly rude to his parents.

For a time he worked for Vicers, but the job did not last long. A heavy dinker, he downed a bottle of port each day. His mother complained that he cared only for himself, not for others. He would paint but was out of the house for most of the time, spending evening at the clubs, coming home at four in the morning.

His father was worried about him fearing he would suffer a nervous breakdown. In the early 1920's, he moved to Paris, but his life quickly unraveled. Brought back to England, he was placed in a mental home near Uxbridge. His brother in law Sir Harold Wernher, paid his bills and visited him several times. Wernher found him normal except when his parents were mentioned.

He has all the peculiarities of his parents only a thousand times accentuated... He has the GD (grand duke) nervousness and his mother's mania for thinking they are being persecuted by the government. Michael was released after a few months and rooms were found for him in London.

His mother died in 1927 and his father two years later. He later moved in with his sister Zia at Thorpe Lubenham and later at Luton Hoo.

In 1938, he became a naturalized British citizen. He would stay at Luton Hoo for a few days at the time, only to say that he felt his depression returning, and would be rushed back to Roehampton, where he died on 25th April 1959, he was 60 years old. Size: 27.5 x 36 cm approx.

The seller is "bibelotslondon" and is located in london. This item can be shipped worldwide.