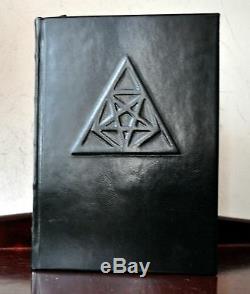 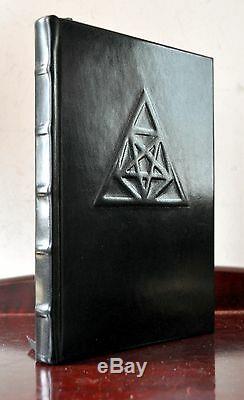 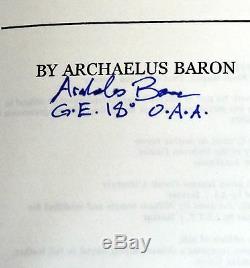 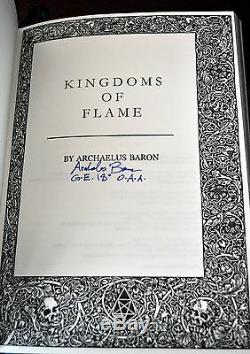 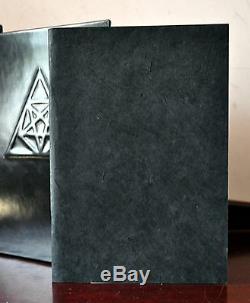 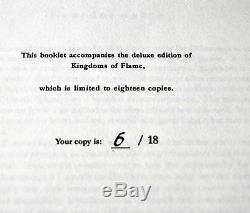 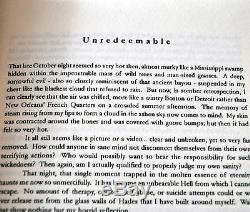 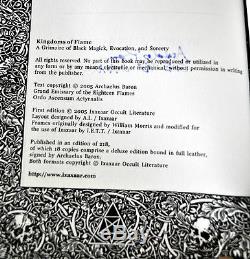 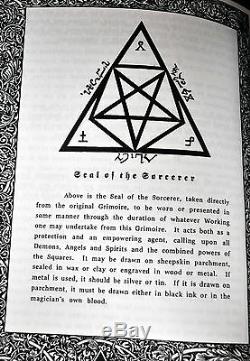 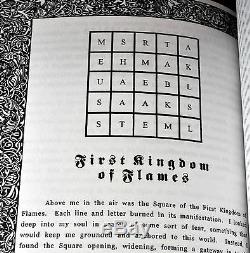 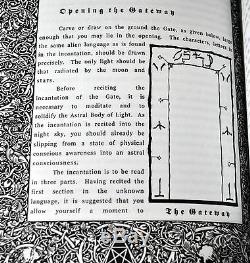 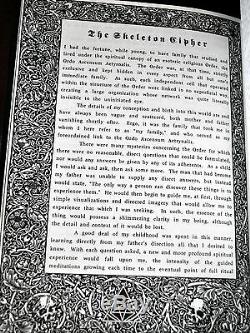 Its publication was sanctioned by the Grand Emissaries of the Ordo Ascensum Aetyrnalis (OAA). Originally, this grimoire had taken the form of a manuscript, which had been known as the Skeleton Cipher.

It had been divided into 3 separate parts, with each part, having been placed in an envelope, and entrusted to a secret guardian. When it was decided by the Grand Emissaries of the OAA, that it was time for the manuscript to be published, the 3 guardians were called. Each brought along an envelope, which contained one of the 3 parts. All 3 envelopes were then handed to Koetting, who was then given the task of working, for the first time with the complete manuscript, deciphering it, and translating it, into a form that could be published.

This book is not for novices! This book has been beautifully produced, in full black leather, with a raised "Seal of the Sorcerer" on the front cover, 5 raised bands on the spine, beautiful hand-made black endpapers, a black silk ribbon and ornately designed gothic borders framing the text on each page. This copy is exceedingly rare, and I was not intending to make it available. Only 18 copies were produced, and each came with a softcover booklet of a short story by E. This booklet serves as the limitation, as it alone is numbered, with this copy being #6 of 18. Has been signed by the author, using his pseudonym Archaelus Baron with G. A written beneath the name, which refers to Grand Emissary 18 Degree of the Ordo Ascensum Aetyrnalis. Kingdoms of Flame was Koetting's first book, and many consider it to be his best. The Skeleton Cipher manuscript grimoire, which is translated & presented in this book, is the KEY to the Trilogy of Works that followed. Works of Darkness, Baneful Magick, & Evoking Eternity. Without this volume, the other 3 books can only be partially understood & worked with. This copy is in mint condition, and will make an excellent addition to any occult library. Ixaxaar will NOT be reprinting any of Koetting's books again. This beautifully produced Deluxe Leather Edition, is impossible to find it took me 6 years to track this one down!

There are only 17 copies out there, and most people who own a copy, will not be parting with it. Check out my other items. I also have another copy of the deluxe leather edition of KINGDOMS OF FLAME available, but without the booklet - it is available for considerably less.

I also have copies of Baneful Magick , Works of Darkness , Evoking Eternity and one last consecrated copy of Liber Falxifer available, as well as deluxe editions of LIBER FALXIFER I & II. I also have one last full 4 volume set of Koetting's works published by Ixaxaar, which includes Kingdoms of Flame & Works of Darkness , as well as the other two books - Don't miss out! Be sure to add me to your favourites list. As I will be listing many other Rare & hard-to-find books, artworks and many other items of interest. The item "Kingdoms of Flame E A Koetting DELUXE Leather Grimoire Signed IXAXAAR #6/18 RARE" is in sale since Friday, November 1, 2019.

This item is in the category "Books\Antiquarian & Collectible". The seller is "reix718" and is located in Belfield, NSW. This item can be shipped worldwide.