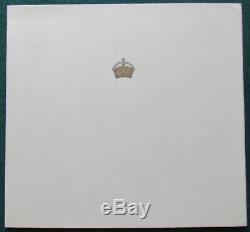 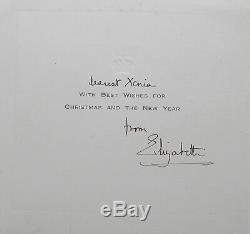 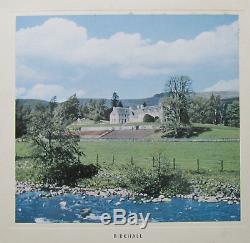 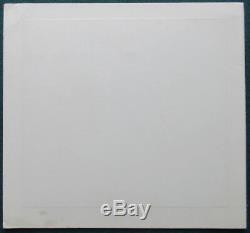 Bibelotslondon Ltd is a UK registered company based in London Bridge dealing in ephemera and curiosities from Britain and around the world. Our diverse inventory is carefully chosen and constantly evolving.

We work very hard to offer the highest quality works at competitive prices. Our inventory is listed online, and we strive to keep our website completely up to date, so our customers can easily check availability.

We believe in offering clients items that are unique and rare for aficionados of the antique and collector's world. Bibelot is a late nineteenth century word derived from the French word bel beautiful, meaning a small item of beauty, curiosity or interest. The word ephemera is derived from the sixteenth century Greek word ephmera meaning a printed or hand written paper not meant to be retained for a long period of time. Unusually the card is signed without the customary'R' after her name.

"Dearest Xenia from Elizabeth" Queen Elizabeth the Queen Mother was Queen of the United Kingdom and the Dominions from her husband's accession in 1936 until his death in 1952, after which she was known as Queen Elizabeth The Queen Mother, to avoid confusion with her daughter. She was the last Empress of India. Born into a family of British nobility, she came to prominence in 1923 when she married the Duke of York, the second son of King George V and Queen Mary. The couple and their daughters embodied traditional ideas of family and public service.

She undertook a variety of public engagements and became known for her consistently cheerful countenance. In 1936, her husband unexpectedly became king when his brother, Edward VIII, abdicated in order to marry the American divorcée Wallis Simpson. She accompanied her husband on diplomatic tours to France and North America before the start of the Second World War. During the war, her seemingly indomitable spirit provided moral support to the British public. In recognition of her role as an asset to British interests, Adolf Hitler described her as "the most dangerous woman in Europe".

After the war, her husband's health deteriorated and she was widowed at the age of 51. Her elder daughter, aged 25, became the new queen. From the death of Queen Mary in 1953 Elizabeth was viewed as the matriarch of the British royal family.

In her later years, she was a consistently popular member of the family, even when other members were suffering from low levels of public approval. She continued an active public life until just a few months before her death at the age of 101, seven weeks after the death of her younger daughter, Princess Margaret. Grand Duchess Xenia Alexandrovna of Russia was the elder daughter and fourth child of Emperor Alexander III of Russia and Empress Maria Feodorovna of Russia (née Princess Dagmar of Denmark) and the sister of Emperor Nicholas II.

She married a cousin, Grand Duke Alexander Mikhailovich of Russia, with whom she had seven children. She was the mother-in-law of Felix Yusupov and a cousin of Grand Duke Dmitri Pavlovich of Russia who, together, killed Grigori Rasputin, holy healer to her nephew, the haemophiliac Tsarevich Alexei Nikolaevich of Russia.

During her brother's reign she recorded in her diary and letters increasing concern about his rule. After the fall of the monarchy in February 1917 she fled Russia, eventually settling in the United Kingdom. King George V, who was her first cousin, allowed her to settle in Frogmore Cottage, a grace and favour house, in Windsor Great Park for which she was grateful, and remained there until her death. Size: 19 x 18 cm approx.

Photos form part of the description. The item "Queen Elizabeth Queen Mother Signed Christmas Card Grand Duchess Xenia Romanov" is in sale since Monday, March 12, 2018. This item is in the category "Collectables\Autographs\Uncertified Originals\Historical". The seller is "bibelotslondon" and is located in London. This item can be shipped worldwide.