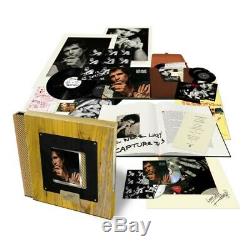 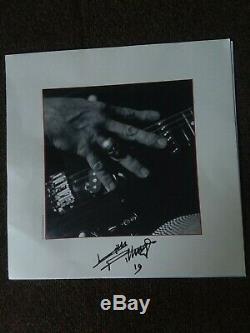 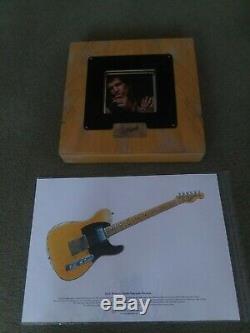 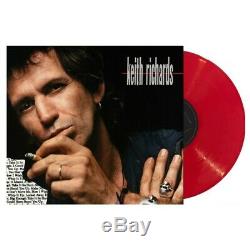 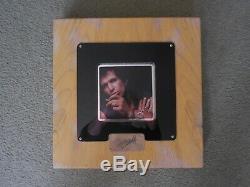 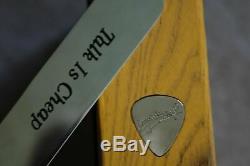 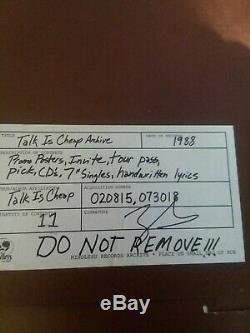 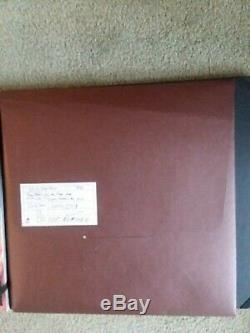 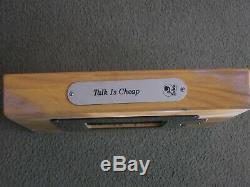 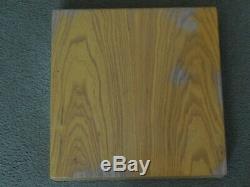 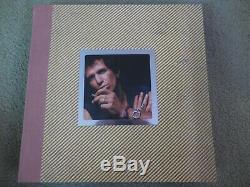 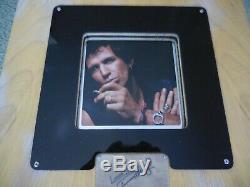 Keith Richards Talk Is Cheap Super Deluxe 2LP/2x7/2CD Wood Box Numbered Signed Edition! THERE WERE ONLY 250 OF THESE SETS MADE WITH KEITHS AUTOGRAPH. I'M INCLUDING AS A BONUS WITH THIS COLLECTION A COPY OF THE TALK IS CHEAP RED COLORED ALBUM SEALED. I'M ALSO INCLUDING AS A BONUS AN ENGLISH ILLUSTRATION (16.5 X 11.5) OF KEITHS 1954 (MICAWBER) FENDER TELECASTER THAT THE WOOD BOX WAS DESIGNED FROM.

THE ONE THING GUARANTEED WITH THIS KEITH RICHARDS AUTOGRAPH IS THE FACT THAT IT IS REAL. I HAVE ALL THE PROOF OF THIS BOX SET BEING SENT TO ME FROM THAT SITE. THESE 2 ITEMS DID NOT COME WITH THE BOX SET.

THIS BOX SET WAS ONLY OPENED TO TAKE THE PICTURES. THERE IS A CREASE ON THE MANILLA FOLDER (see picture) THAT HOLDS. THERE IS NO DAMAGE TO ANYTHING INSIDE THE FOLDER. FEEL FREE TO ASK QUESTIONS.